Looking for a versatile developer that'll cope with any film and provide rock solid dependability? Maybe you should be trying D-23 Replenished!

D-23 has been around since the 1940's. Of the many people who used it Ansel Adams is one of the most famous. It's soft working, controllable, fine grained and forgiving of high contrast. And it's very easy to make. But here's a way to use it that's almost never mentioned but I tell you, it's amazing!
D-23 was formulated to be a better D-76. According to Anchell and Troop's The Film Developing Cookbook it was designed to be especially reliable as a replenished developer, the type of reliability commercial labs needed. D-23 in and of itself was stable, had similar fine grain to D-76, and provided good shadow detail with controlled highlights. It excelled in contrasty situations where other developers might run away and burn out the highlights. Furthermore, it consisted of only two chemicals, Metol and Sodium Sulphite.

If mixing this up don't forget to take 2/3 of the water at 50c, then add a pinch of the sulphite to the water before fully dissolving the Metol. Finally, dissolve the rest of the sulphite and make up to 1 litre. D-23's soft working nature and forgiving personality is complimented by a versatility that earns its place in any darkroom. It can be used as a stock developer for fine soft grain, with a similar look to D-76, or it can be diluted up to 1+3 for a different effect. These higher dilutions change how D-23 works on the film, moving from that fine grain developer (1+0) to a sharper developer (1+1) to an acutance and compensating developer (1+3). Many suggest that the best dilution of D-23 is 1+1 but not me, the secret sauce to use D-23 is with replenishment!

Replenished D-23
Replenishment is a reliable technique for using developers. In the past, when films were developed in deep tanks and/or commercial machines the developer was "topped up" with a special replenishment formula. Formulas were created to allow the developer to continue working consistently and dependably for thousands of films. With the replenisher below you can develop 30 films in a litre of D-23.

Mix up and bottle separately one litre of D-23 and a litre of replenisher (DK-25R, formula below).

Do I use the developer (replenished) forever?

I don't. After 30 films I discard 3/4 of the stock developer and top up the bottle with fresh made stock. Then just carry on replenishing, no need to develop the three films first.

Why not give it a try? You might find it's the best thing you've done for your photography in years.
Important: Remember, do testing before committing your prize photographs! 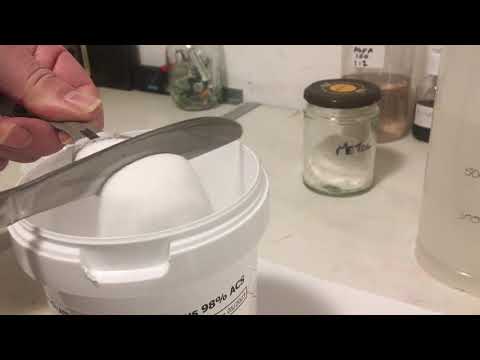