Please become a Patreon of my work. You get special videos just for Patreons. You also support my website and YouTube work. Just check out the two tiers and decide what you might want as value benefits. Just click the link below…

In The Art of Black and White Developing I talk about this developer at length, showing the tests and results of 510-Pyro pitted against some other greats like PMK and Pyrocat. I don't want to spoil your read of the book so I'll not give away too much here but, shall we say, wow!

510-Pyro is one of the new generation of staining and tanning developers, and said to be similar to Pyrocat or PMK. It was formulated by Jay DeFehr in the USA and arrived on the scene with amazing claims of very fine grain, high acutance, good stain, and extreme longevity (as a single stock). We've heard these before right? However, as the developer became more widely used, and people started testing it for themselves, a following took shape with photographers reporting good results with both normal development, stand and semi-stand techniques.

TMax-400 with 510-Pyro - Stand development 20 minutes at 24c. Very sharp combination with great contrast. It's good to see a pyrogallol based developer that works so well with modern T-Grain emulsions. Old formula.

The developer uses Pyrogallol, the second oldest developing agent ever used (after gallic acid). It became very popular in the late 19th century until displaced by the ubiquitous Metol. However, pyrogallol has two main advantages over metol. These are:

1. An oxidisation stain created by Pyro, which becomes a natural filter to tame highlights and ease printing

2. Tanning or hardening of the gelatine emulsion which both protects the negative from damage and reduces developer movement through the emulsion creating higher beneficial acutance in the image. This acutance is produced even when rotary processed in a jobo or other constant agitation tank.

These two benefits are enormous when done right; and the hunt for a way to use Pyro has continued for over a century. 510-Pyro claims to have achieved not only these two benefits (as PMK did in 1991 right?) but also the Holy Grail of photography, ultra fine grain with high sharpness. I want to add yet another additional benefit for me, a single solution stock (no mixing of A, B) and it keeps for years.

That's a long list of impressive claims so maybe it's time we looked at DeFehr's 510-Pyro more closely and gave it a run for it's money against the big boys of modern staining developers PMK and Pyrocat.

* Updated from the original 0.25g of phenidone by Jay DeFehr "To optimise the three way relationship between pyrogallol, ascorbic acid and phenidone"

TMax-400 with 510-Pyro - Stand development 20 minutes at 24c. Very sharp combination with plenty of shadow detail and tamed highlights. This method of stand development means you can process multiple films of different ISOs in the same development tank for the same time. Old formula.

The developer is designed to be extremely long lasting as stock. TEA, an organic solvent, is now well know as a preservative after the great work by Pat Gainer in this field. Unlike water, TEA does not dissolve oxygen and therefore protects the developing agents for years. Previously the king of longevity was Rodinal keeping for so long it turned brown like old tea but still worked well. PMK also keeps very well as does Pyrocat in glycol. As film photographers we never know how many times we'll develop films and so keeping quality is very important: just ask anyone who's developed their precious film only to find the developer has gone bad. So 510-Pyro's use of TEA as a solvent and protector from oxidation is ideal, 510-Pyro will last for years.

The developing agents used in 510-Pyro are Ascorbic acid, Pyrogallol and Phenidone. An unusual combination. Of course, utilising TEA as a solvent removes the need for an anti-oxidant/preservative, so there's no sulphite required. The TEA also provides the alkalinity to activate the developing agents so no accelerator required. DeFehr later balanced the formula by increasing the phenidone from 0.25g in the original recipe to 0.375g in the new. 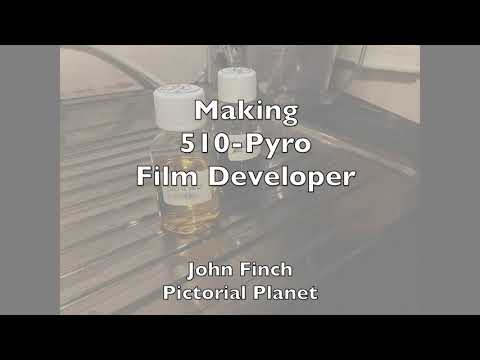 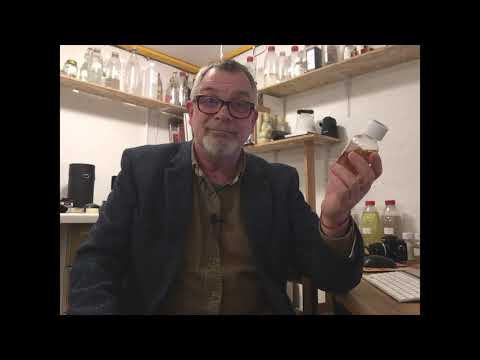 Video of how I make 510-Pyro on my YouTube Channel.

There are many ways to use this developer. This is a popular method, especially when you are either not sure of a developing time for your film or you are wanting a fair degree of compensation of the highlights. This was given to me by the developers formulator, DeFehr. He says to dilute the developer in a ratio of 1+200 and use it at 20 degrees C. After adding the developer to the tank (no pre-soak) agitate gently for one complete minute, then let it stand in a 20C bath until the 7 minute point. Agitate again for 10 seconds (four gentle inversions), let stand until the 13 minute point and again give four gentle inversions, repeat at the 20 minute point and stop in a couple of 20C water rinses at 25 minutes. Fix with an alkaline fixer.

Another way to develop with 510 is with dilution of 1+200 and use stand development for 20 minutes. Start with 1 minute's gentle agitation and then one minute's agitation half way through.

That's just two ideas, there are many more. You'll find others in my book, under stand development on this website, or from fellow photographers but do test them first on a film before committing your best work.